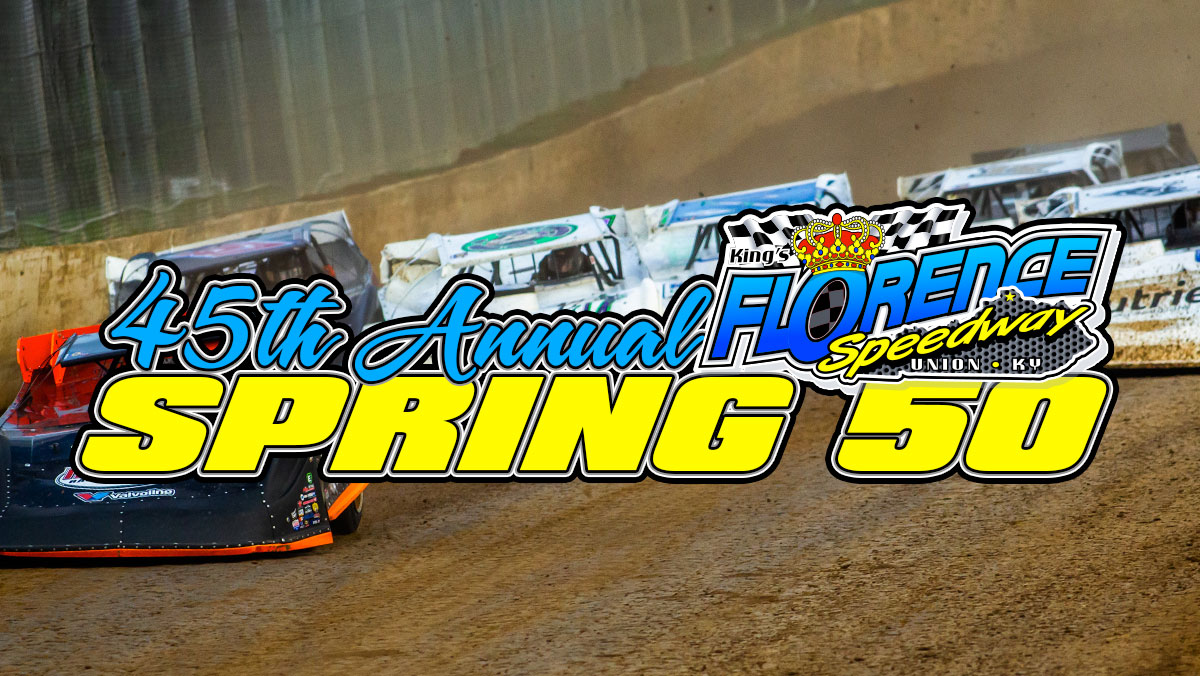 Florence Speedway will kick off the 2021 season with the 45th edition of the annual Spring 50 on Saturday, March 13.

A strong contingent of the nation’s top Dirt Late Model drivers are expected to chase the $10,000 top prize. A full program is on tap for the Late Model division, which will include Qualifying, Heat Races, B-Mains, and the 50-lap, $10,000-to-win Spring 50 Feature.

The festivities will get underway with Pit Gates opening at 12:00pm (noon), followed by Main and Back Gates opening at 2:30pm.  Hot Laps are set to begin at 3:00pm with Qualifying slated for 3:30pm. Racing action will immediately follow Qualifying.

The Official Host Hotel of Florence Speedway is the Hilton Cincinnati Airport, located at Exit 182 (Turfway Road) off I-75/71 in Florence, Kentucky. For reservations, call (859) 371-4400 and request the Florence Speedway rate, or book online at https://secure3.hilton.com/en_US/hi/reservation/book.htm?ctyhocn=CVGCHHF&corporateCode=3026629&from=lnrlink