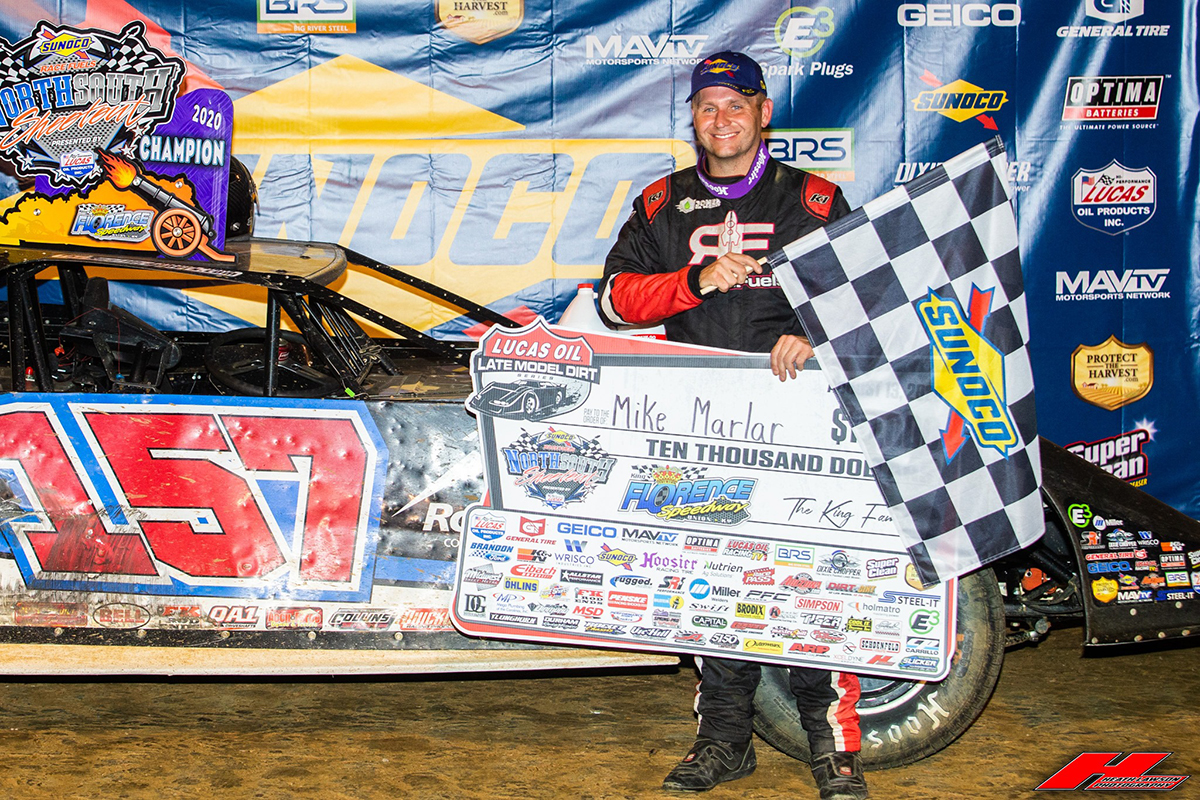 In a race slowed by only one caution flag, Owens was dominate for most of the race until Overton and Marlar caught him with five laps to go. Overton squeezed by to take the lead on lap 47 but a daring last lap pass propelled Marlar by Overton to pick up his first-ever late model victory at Florence.

Marlar was elated in Lucas Oil Victory Lane for the 14th time in his career. “I knew there was a little patch around the outside and I didn’t want to do a crossover move. I was afraid we would rub, and I really didn’t want to pass him [Overton] down there like that. With the way everybody was racing there at the end I just took advantage of what was happening. We rubbed a little bit earlier in the race. You never want that stuff to happen. It was an awesome race.”

“We took off a little bit there in the spring, but have been back for about a month now. I have to thank my car owner Ronnie Delk and my crew guys, Josh and Jerry and Little Brian with Integra Shocks and Derek and Nick Jones with Rockets Convenience Fuels. We have always enjoyed coming to Florence. We have run second so many times here in a late model. We’ve had success in a modified at Florence but have never won here in a late model. When you race with the Lucas Oil Series it’s the best competition in the country. Racing is a humbling sport and whenever you win it is always nice.”

Overton came up just short of his fourth LOLMDS win of the season. “I had a tire going down at the end.  That was just good hard racing with Mikey, yes we rubbed a little bit, but we were both going for the win.  We changed a lot on the car from last night. We haven’t run with these Lucas tire rules for a while it’s totally different than what we have been used to recently. We really picked it up tonight and we came close.”

Dohm ended up rounding out the podium in Victory Lane. “I wish we had about ten more laps. We’re going to get one of these Lucas Oil races soon if we keep running like we have. This Longhorn Chassis has been spot on. We have been able to pick up some good wins recently and we would like to get that big check on Saturday for sure.”