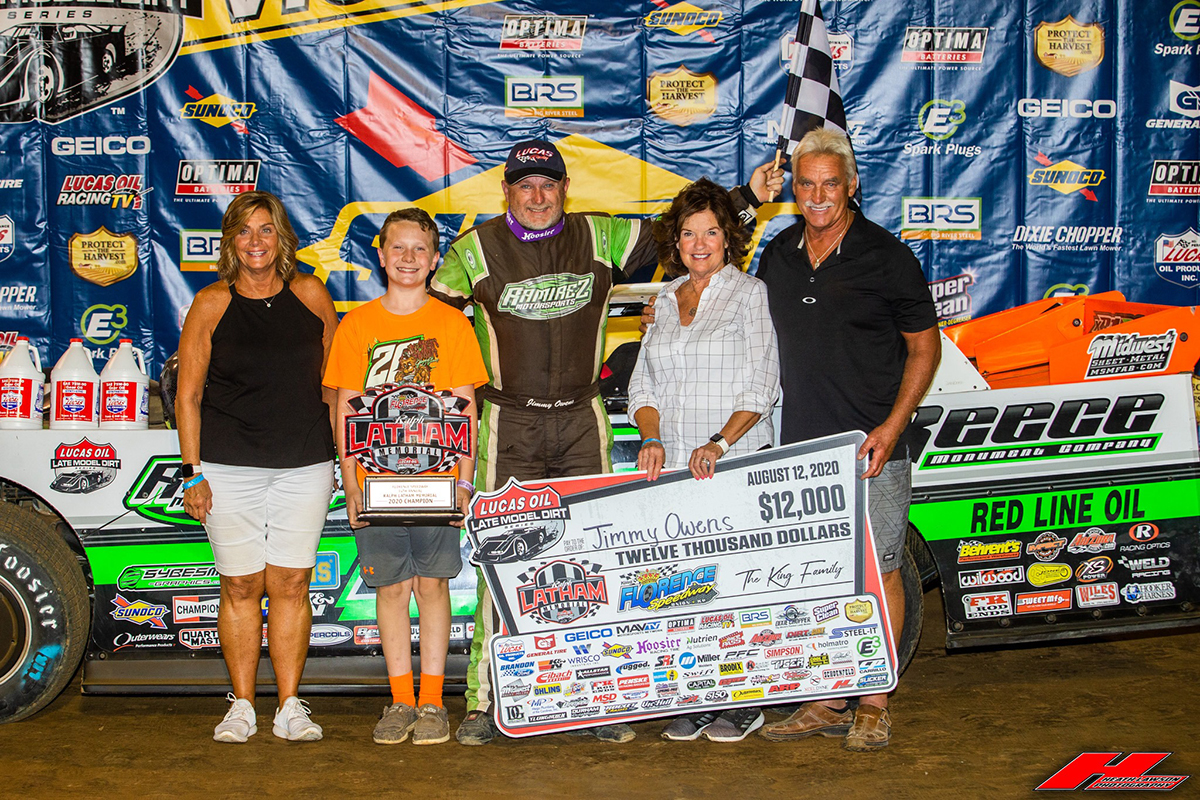 Jimmy Owens continued his solid 2020 racing season by picking up the victory in the 34th Annual Ralph Latham Memorial race on Wednesday at the Florence Speedway. It was Owens’ fourth win in one of the track’s most prestigious races. The current Lucas Oil Late Model Dirt Series Championship Point Leader extended his lead to 400 points over second place with the win.

Owens was dominant in the first 36 laps of the race that went caution free until back-to-back cautions flew for debris on the track and then a multi-car accident involving several drivers. Clanton, in his first season with the LOLMDS now has three runner-up finishes in 2020. Owens’ margin of victory over Clanton was 0.643 seconds.

In Lucas Oil Victory Lane for the 8th time this season and 72nd time in his career, Owens extended his point lead over Jonathan Davenport, who finished 14th in the final rundown. “We knew we had a really good car at the start of the night. To kick off the weekend like this is a big morale booster for the team.  It’s just an awesome deal. We have had good steady consistent runs this year. We’ve got some good momentum for the rest of the week now.”

Clanton finished second to Owens in the Clash at the Mag in June, took the runner-up spot again to the 3-time series champion. “I was just saving some tires and was hoping for a caution early on. We got a good restart there and got by him [Owens], but I just couldn’t get all the way back to the top in time to stay there. It’s tough to come to a place where you’ve struggled so much. We have changed a lot of things in the two weeks and it seems to have helped.”

Weiss charged through the field to finish in third. “I just put the guys behind in qualifying. We were able to salvage a good night out of it. Coming from the back we just had too much ground to make up. That caution sure helped, but we learned a lot for the rest of the weekend.”