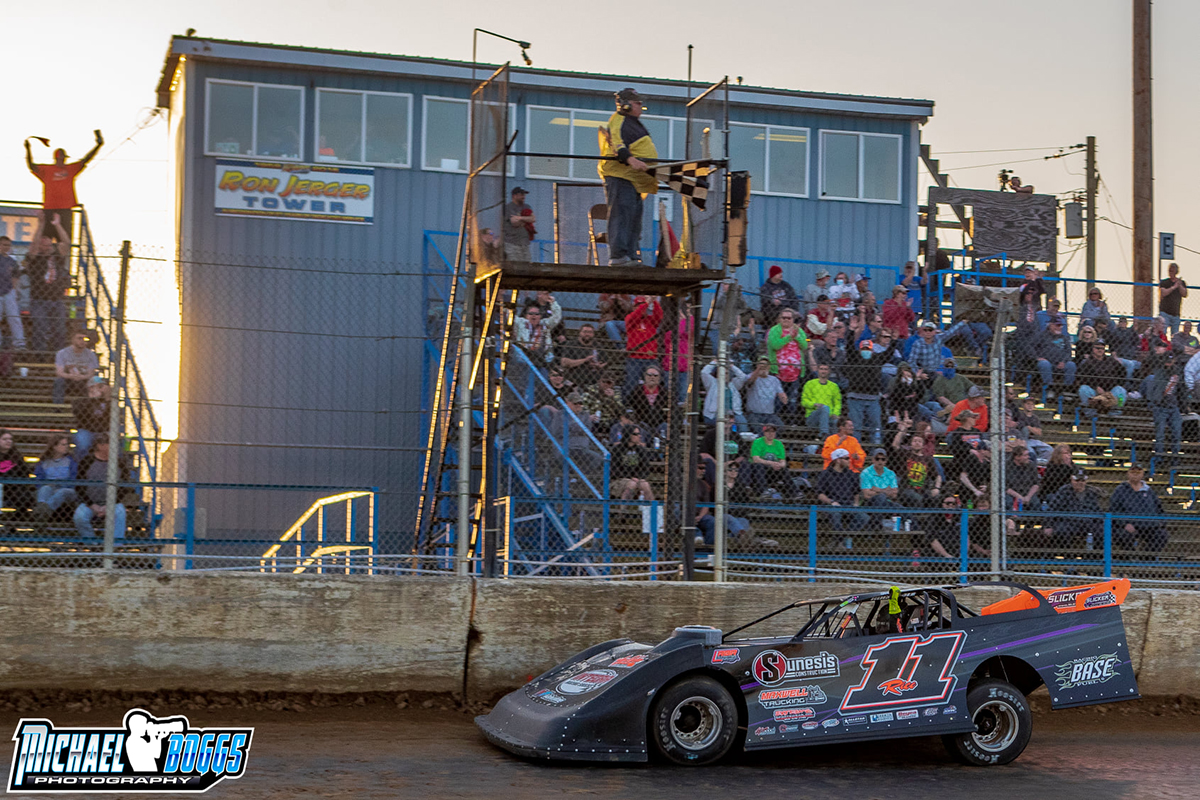 Regaining the lead from Scott James on lap 21 after leading the first 10 circuits, polesitter Josh Rice of Verona, Ky., captured $5,000 at Florence Speedway on Saturday. He took the checkers ahead of Tyler Erb and Scott James. (Michael Boggs Photography)

“I thought I gave it away there,” Rice said. “I think I was being a little too easy. … man, this thing’s been awesome. We replaced a bunch of parts and I think it’s good to go again. This thing was good all night. I’ve gotta thank dad — that was so cool starting on the front row with him.”